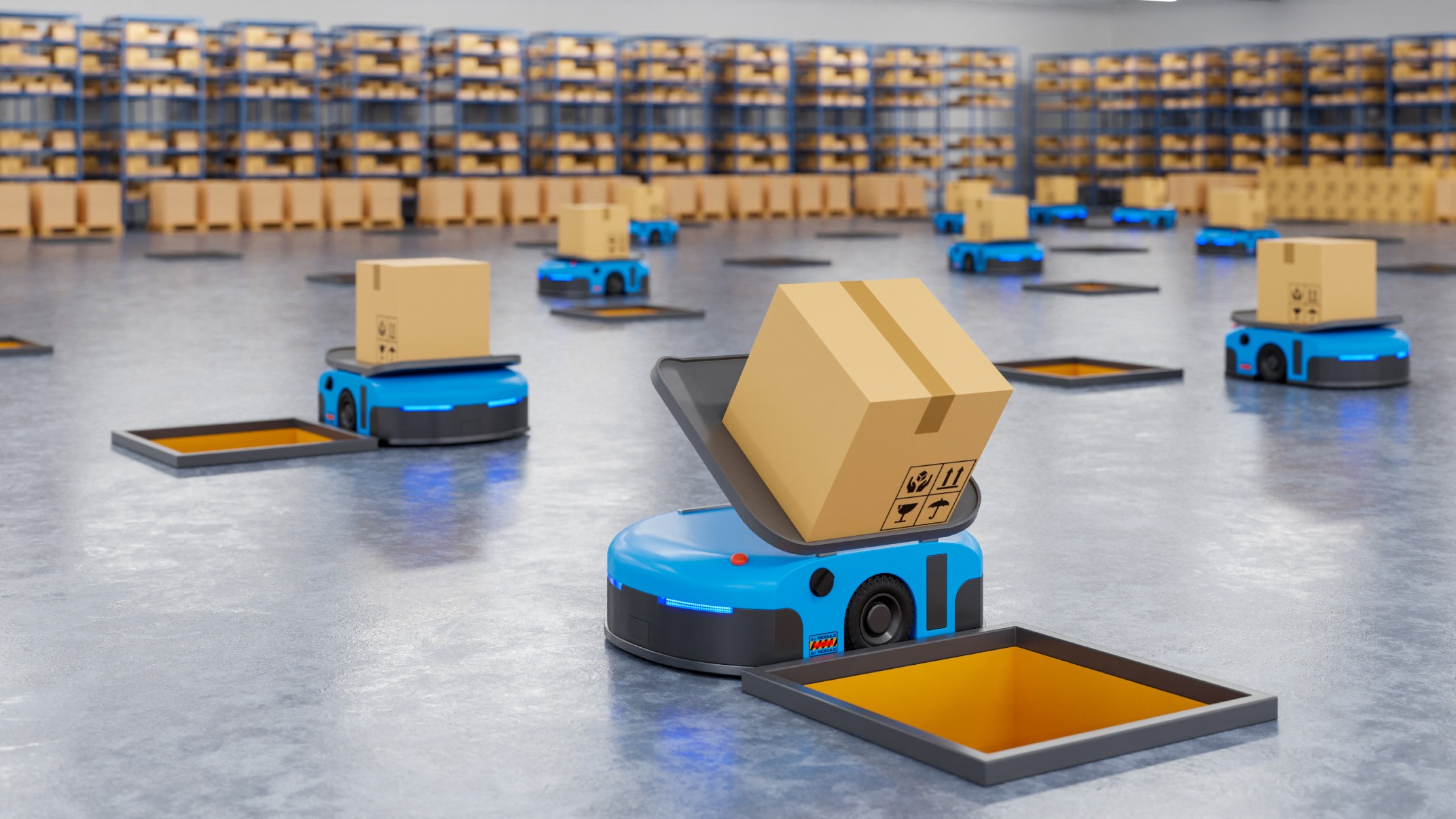 By 2027, the warehouse robotics market is expected to top $23 billion — nearly triple that of its current value.1 The impressive 15.33% compound annual growth rate (CAGR) hinges largely on the rise of e-commerce and the related need for efficient warehousing and inventory management.1 But, what does that mean for the technology behind warehouse functionality?

Articulated robots, automated storage and retrieval systems (AS/RS) and goods-to-person technology, as well as automated guided vehicles (AGVs) and automated guided carts (AGCs) have been key contributors for decades. Each continues to evolve the warehouse space, but some — like AGVs and AGCs — have reached their peak as outmoded technology has limited their effectiveness.

To be clear, there is still a place for these types of robotics in manufacturing and warehousing, but according to industry experts, the future belongs to sensor technology.1 Improved object perception and positioning through sensors allow for independent robotic “logic” that maximizes operational flow and logistical efficiency. In short, the future belongs to autonomous mobile robots (AMRs), specifically robotic carts.

AGVs and AMRs are similar technologies, but the differences between the two can significantly impact their usefulness — and potentially your ROI.

AGCs (and their larger AGV counterparts) have been around since the 1950s, and their navigation systems show it. The magnetic tracks AGCs rely upon to operate was once considered cutting-edge automation. It is now limiting and expensive to install, maintain, and/or modify.

On the other hand, AMRs are sensor-based and not dependent on ancillary equipment or predefined physical paths. As such, they hold some decided operational and cost advantages over AGCs. So much so, in fact, that technology experts predict the automated equipment segment will steadily decline by 2030 in deference to autonomous carts.2

However, the savings realized through infrastructure and implementation changes can easily be offset by the initial cost of an AMR. Some autonomous carts equipped with all kinds of “bells and whistles” cost upwards of $50,000.

It isn’t a matter of if a large investment in the latest technological wonder will bring about warehouse performance and productivity improvements. It likely will. The real question is if spending that kind of ROI-crippling cash is actually necessary to achieve the same results.

MūL Technologies offers the premier affordable alternative to pricier AMRs. Our Mobile Autonomous Robotic Cart is powerful yet uncomplicated. It gets the job done at about one-fifth of the cost of the over-designed competition, but isn’t stingy on features: AMRs continue to be the preferred solution for warehouse efficiency and productivity. Take it to the next level with MūL’s Mobile Autonomous Robotic Cart — the affordable, functional, and ready-to-go robotic cart! Contact the MūL Technologies team for more information or to get started!

Previous Story
← See MARC in person at MODEX 2022 in Atlanta!
Next Story
The Cost Advantages of Autonomous Mobile Robots (AMRs) →

These Stories on autonomous