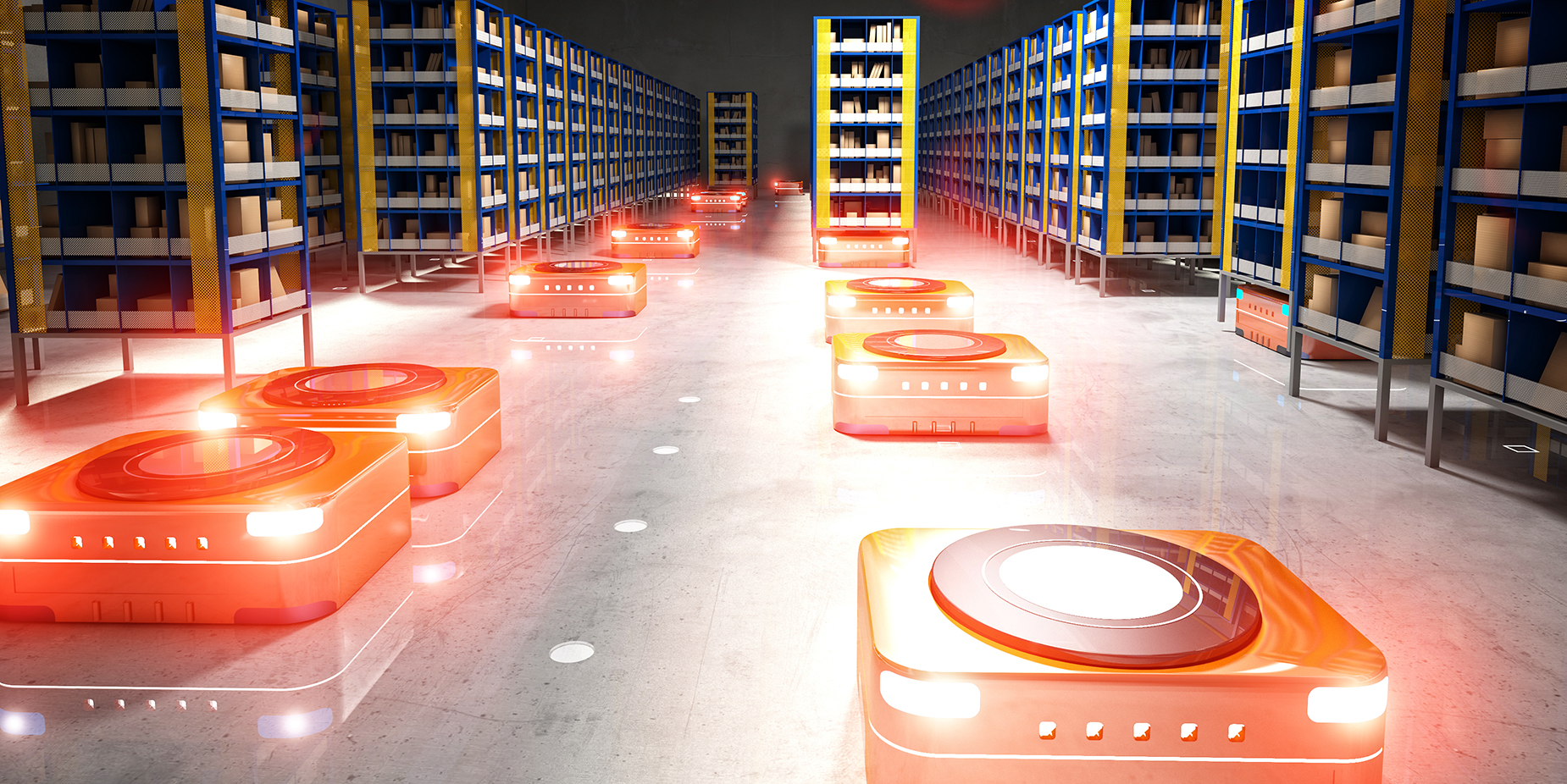 AGV vs AMR? How About AGR?

"An independent robot that follows an easily defined path each time it operates that dynamically avoids obstacles in its path; requiring no IT, training or changes to existing infrastructure to accomplish this."

Is an AGR what customers really want?

Customers want flexibility and simplicity with all the benefits of sophisticated technology that is semi ‘smart’ at an affordable cost. Combining the best attributes of an AGV and an AMR allows the introduction of AGR’s, Autonomous Guided Robots to fill this niche. An independent robot that follows an easily defined path each time it operates that dynamically avoids obstacles in its path; requiring no IT, training or changes to existing infrastructure to accomplish this.

Imagine you have the certainty of a defined route that you would like a robotic cart to follow, but the flexibility to change that route without any downtime? This hybrid approach allows you to define routes by simply walking the cart on a preferred path that you want it to take, press a button for a few seconds and you’ve programmed one of your destinations. You can do this to other locations too. Now to activate the cart, you press one of the programmed destination buttons and off it goes following the pathway which you have just defined. If you ever want to change a location, no problem! There is an easy keystroke sequence to clear the programed path and set a new one.

This approach has all the benefits of a defined route without the downside of a pure Autonomous Guided Vehicle (AGV), where you would need to modify your infrastructure to accommodate the technology. It may be WiFi, beacons, tape, paint, etc., something which the AGV must use to follow or navigate with. This can make for extended deployments having to map out and define every place you may want the AGV to move. Costing you time and money. Also when your business changes; you’ll have to reinvest in whatever markers or path points you may have been using; incurring even more costs. AGV’s are also known to stop when a paths is blocked and then time out. An AGR solves this problem by having a defined path variation ability. This variation, approximately one meter on either side of the preferred path, takes pallets, or any other items that may be newly introduced to its path, into account by avoiding them while continuing to the destination. This eliminates waiting or timing out when an object is in its path and requires no human intervention.

AGR’s also are superior to Autonomous Mobile Robots (AMRs) in many instances as well. Simply to deploy an AMR requires a team of people. IT personnel, warehousing, logistics, programmers to name a few. It’s actually a time consuming and complex process, the very opposite of simple. You have to define keep out areas and exactly where you want the robot to operate by ‘mapping an area’ which will likely need to be redone periodically as the facility changes. These tasks are completely eliminated with an AGR. There is no need to define keep out areas if you are mapping only areas and paths that you want it to follow. Then there are the initial and ongoing cost of an AMR to consider vs what an AGR may cost. AGR’s can be 10% of the cost of AMRs with many of the same features. The AGR has technology to avoid obstacles like an AMR and won’t wander through you production areas to try to create a short cut to a destination which you don’t want it to do, something AMR’s are notorious for.

AGR: The Best of Both Worlds

AGR’s are the next wave of autonomously guided robots to hit the market. They are disruptive by leveraging the strengths of both AGVs and AMRs to create a perfect combination of the benefits of the two technologies. AGR’s are autonomous and can easily define waypoints by a simple button push - without interfacing to WiFi or requiring other infrastructure changes. They are guided by the latest technology including lidar, 3D cameras and sensors. Last but not least, they are true robots and use the technology they have to avoid obstacles after identifying them while continuing on a predefined path to a destination. The best of both world’s… and the quickest ROI in the industry.

MūL Technologies and the MARC product line are on the cutting edge of this evolving AGR technology.